One man’s view about the things that really matter….

Stories that may be strange, yet true, from
the Chaplain’s Travel Log….

Last month I gave you an account of my late Grandmother (Mother’s side of the family) whose name was Lizzie (Elizabeth) Gray (nee Jones). A story of hardship as the little daughter of one of the very early travellers into the Hay – Booligal – Carrathool area of south-western New South Wales in the 1870’s. My Great Grandfather, John Jones, was the government surveyor in that area whose task was to choose and begin to layout areas for future towns, roads and settlements in that vast, flat and largely unknown area.

It was a hard life. Grandma used to tell us of her days and adventures in a vast and unforgiving landscape as she and the family lived out of a large, covered and horse drawn dray augmented by heavy canvas tents erected next to the wagon and used for sleeping, eating and trying to keep out of the constant winds or blazing sun for which that area has become well known. (See last month’s CROSSTRAX.)

But she knew of no other way of life and found fun, and a reasonable amount of contentment playing mostly with the local aboriginal children who would often come around to the ‘white fella’ place because my great grandmother Caroline Jones had a soft spot for these little children and would sometimes give them a slice of bush bread, cooked in the ashes in the camp oven. That is if there was enough flour in the flour bag. The supply dray only seemed to arrive at irregular intervals and often Lizzie and her little brothers would go off with the local tribal children and collect ‘bush tucker’.
Now Grandma had died before Les Hiddens became known and a ‘household’ name, but I reckon that she could have taught him a thing or three about how to live and thrive (why don’t those words rhyme) in the outback. (Sorry, in those days everyone called it the ‘back country’.

Lizzie and her gang versus the ‘Oz’ army and Les Hiddens.
It wasn’t long before Lizzie and her little indigenous mates (most of them got around as naked as the day that they were born), became very proficient in the gathering of food that turned out to be not only very nutritious but also tasty if prepared or cooked the right way. Many times, as a child, Grandma would tell me of the days when almost all of the family’s rations (Great Grandfather’s job did include receiving a monthly amount of rations but because of heat, flooded rivers, and yes, sometimes bushranger attacks, the old supply dray didn’t always come either on time or at all!) So, the whole family would go on a bush harvesting expedition. Great grandfather would go off with the men and Great grandmother, Lizzie and the little brothers, would go off with women.

There’s a lot of food out there if you know what to look for! 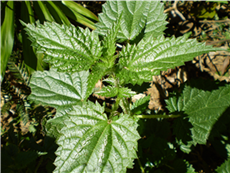 Try stinging nettles for instance Just like spinach and the taste is not much different.
Very nutritious! The toxins and ‘stinginess’ disappear when boiled or steamed. Or, how about Tetragonia tetragonoides – Botany Bay Cabbage or New Zealand Spinach as it is often called today. Its Australian name of Warrigal Greens comes from the local indigenous languages.
Other foods that were gathered were Scrub Turkeys and their eggs, never thought of as being a real delicacy even by the aboriginal folk, but edible, and the eggs were used in cooking. Then there were rabbits – that scourge from Europe – who were also starting to multiply into plague proportions. Kangaroo of course with all of its various culinary varieties was a common dish and the skin tanned and used for leather.

Sometimes, if the family was near the Murrumbidgee River or its tributaries, fish were caught along with mussels from the muddy river bottom and Yabbies or freshwater crayfish. 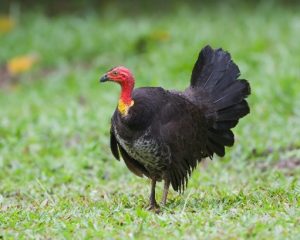 Food, if you knew where to look and find it, (and above all, how to cook it properly) was reasonably plentiful even if it wasn’t considered ‘nice’ in higher society. Everything else might have been scarce but food was generally available in ‘liveable’ quantities.
Great – Grandma Caroline Jones learned much from both ‘trial and error’ as well as from the accumulated wisdom of the tribal women about how to live off the land. She had to, or the family would have starved, like a lot of other white settlers who came into that area during those days and who had to either return to more populated areas, or perish!

And it is this that becomes the basis for this CROSSTRAX!
Let’s notice 8 things from this story.
1. In that country of heat, flies, wind and poor rainfall, you learned to live on ‘what was there’ or available. It was a bit like the great John the Baptist who spent much of his early life in the desert trusting in God for food and water. Not easy. Very trying and hard. But it taught him the real discipline of life and living. John was proclaimed by Jesus as the greatest man ever born (Luke 7:28) because of what he had become and what he did. He learned that God would supply all his needs as he lived day after day in that terrible Jordanian desert. In John’s case the food was ‘locusts and wild honey’ (Mark 1:6). Not very appetising, but enough to sustain life and give strength.
2. Actually in contrast to John the Baptist’s food, the bush tucker that Lizzie and her friends and family enjoyed was quite pleasant!
3. John Jones was a good provider. Grandmother said that even in drought times they never went hungry. Great grandfather was solid believer and trusted in God to supply the family’s needs and his faith was always justified. When and what God promises He will always deliver.
4. Let us never doubt God’s promises. Again and again when things looked really bad Grandma Lizzie said that they were always provided for. Sometimes it was through going to the creek and dragging your feet through the mud to find Mussels, or looking through the hollows of trees to find honey from the native bees nests and searching for any stinging nettles that might still be green in the middle of a drought…. but, there was always enough food to feed that isolated family.
5. They lived off the land quite well. Les Hiddens has shown us that in later times. The Jones family learned from the local aboriginal people who graciously revealed their knowledge of food supplies.
6. A good lesson here! When things go wrong and we are tempted to doubt God’s promises when times are hard, it is good practise to talk to those who have already been through hard times of testing and have found God’s help and provision in their own lives and situations. We can learn just so much from other Christians who have found God’s providing hand in their lives.
7. When a person becomes a Christian, there is a whole lot of new things to learn. When John and Caroline Jones came to Australia from Wales it was just so different to them. A totally new way of life and living and so much to learn if they were going to succeed. Just like becoming a Christian. We fool ourselves if we think that we can live a Christian life because of our past experiences. We need to get into the Bible and there we will see that being a Christian is a whole new orientation of life and living. John and Caroline were wise. They were willing to learn from ‘the locals’ who did know what living in the ‘Oz’ bush was all about. Translate that into how to live when you become a Christian and you can then succeed as a Christian.
8. You get the point. As TRAX Chaplain (and don’t forget that we now have an assistant Chaplain as well) I’m ‘a local’ and am happy to share with you what you may have been missing out on. Give either Ron Paton or myself a call and we will share with you how you need not perish in this tough life but thrive … for all eternity.